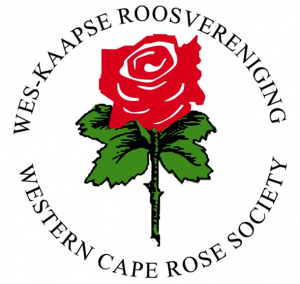 The Western Cape Rose  Society (WCRS) was the first Provincial Society formed in 1969 by Willie Staegeman and Sid Cywes, who became the first chairman and vice chairman respectively, and a number of other well-known local rosarians as committee members. Subsequently the WCRS negotiated with the then Transvaal ROSA for the establishment of an umbrella organisation of rose societies which became the Federation of rose societies –ROSA –in 1970. Many well known rose growers joined the WCRS, among them Duncan Henderson, the Lindners, Bill Horwood and several others.

The first WCRS Rose show was held in the Methodist Church Hall in Cape Town in the early 1970’s.

In 1979 Dick and Linda Lindner initiated and planned the rose trial garden in Durbanville (which is part of a family cemetary). Linda was the brains behind the minature rose garden and responsible for the layout and planting. Rose nurseries provided new varieties which were planted and evaluated over a full year by an adjudicating team. The Durbanville Rose garden was officiallly opened by Gene Louw, Administrator of the Cape in 1983 and is now internationally known to rose lovers and breeders. It hosts approximately 7000 rose bushes of all varieties. The gardens are popular in the summer months for bridal photos.

The WCRS was instrumental in formulating the rules for judging roses which was adopted by ROSA and published in a booklet form.

You are cordially invited to become a member of the Western Cape Rose Society if at all interested in growing this lovely flower. We specially encourage young and new growers.

The current committee is:

Our subscription fees are R80 per annum. The society AGM is held in August.

Members receive six newsletters throughout the year with information and advice on rose culture. A free copy of ROSA Newsletter bi-annually, and a copy of the ROSA annual issued annually.